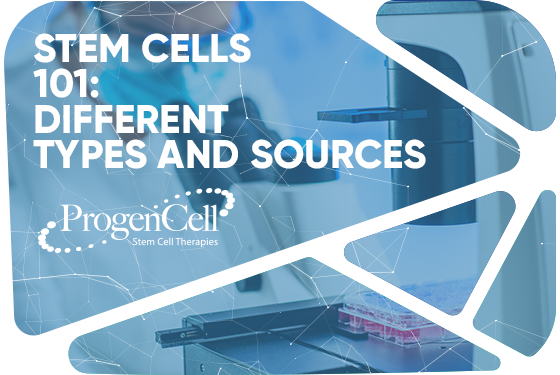 Stem Cell Therapy can be easily classified according to the source of the stem cells used. In modest words, a stem cell is the pioneer cell in the body that has the capability to develop into various kinds of body cells such as blood cells, skin cells, etc. Each cell has the potential either to remain a stem cell or turn into another kind of cell with a more particular role, for example, a muscle cell, a brain cell, or a blood cell.

Stem cells are unique among other body cells because they possess the following important characteristics:

Classification of stem cells on the basis of potency and/or Sources.

Stem cells can be classified by the extent to which they can differentiate into different cell types. These main classifications are totipotent, pluripotent, multipotent, or unipotent. Also, Stem Cells are often classified according to the donor of the transplanted organ, in this case the donor source of the stem cells.

Another way to categorize stem cells is according to their maturity, in this classification we can divide them into two types: Early or embryonic and mature or adult stem cells. Early stem cells, often called embryonic stem cells, are found in the inner cell mass of a blastocyst after approximately five days of development. On the other hand, adult stem cells are found in specific mature body tissues as well as the umbilical cord and placenta after birth. Currently, the most common, effective  and accepted (scientifically and ethically) type of stem cells used therapeutically are adult stem cells. Embryonic Stem Cell Therapy is still under scientific research and practically not allowed in any part of the world because of the ethical and moral implications.

Autologous Stem Cell Therapy: meaning that the stem cells come from the patient’s own body, the most common, effective  and accessible source of Stem Cells is the bone marrow.

Allogeneic Stem Cell Therapy: this when the stem cells come from a genetically non-identical donor of the same species.

Regardless of the classification if looked at it as a transplantation (allogeneic and/or autologous) the other way to classify stem cell therapy as according to the tissue were the stem cells are harvested:

Umbilical Cord: The umbilical cord serves as a connection between the developing embryo and the placenta. It is also called the ‘naval string’ or the ‘birth cord’. Umbilical cord blood is rich in blood-forming stem cells (blood cell precursors). Cord blood has proved extremely valuable in treating certain blood diseases like leukemia and lymphoma along with autoimmune diseases like aplastic anemia. The blood is transplanted into patients, so the precursor cells can form healthy cells and replace the blood cells that have been damaged by disease.

Bone Marrow: The bone marrow is a dense fluid, inside a soft sponge like tissue. It is found in the hollow space of the bones’ interior. It is perhaps the lightest tissue of the body, contributing only 4 % of the total body weight. It is worth mentioning here that the bone marrow stroma consists of multipotent stem cells as well. They have the ability to differentiate into bone cells, cartilage cells, muscle cells, and fat cells.

Adipose tissue: Adipose tissue is also called fatty tissue. It is a type of connective tissue that comprises fat cells or adipocytes. Connective tissue provides support and form to the body. Other examples of connective tissue include ligaments and tendons. Adipocytes are specialized cells, which produce large globules of fat. Mostly, adipose tissues are present under the skin, but some are also deposited in the spaces between different muscles, around organs, and are associated with membrane folds of the intestines.

Other sources include menstrual blood, skin, teeth, gut, liver, and brain but we consider them unavailable and impractical to use. It is also difficult to maintain sterility when collection is possible, and processing is complicated and expensive. Hence, currently they are not useful for stem cell therapy.