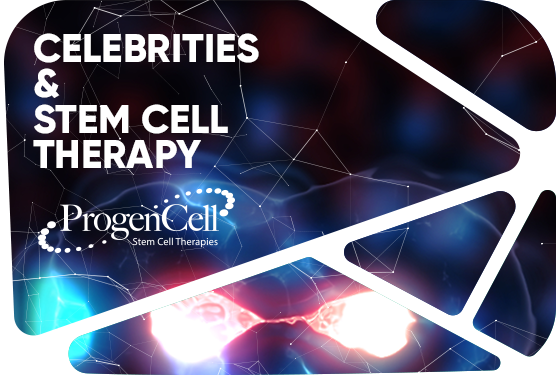 Regenerative Medicine is a Medical Field that focuses on regrowing, repairing and restoring damaged tissue, organs or cells. Part of Regenerative Medicine is the use of Stem Cells as a therapy for different illnesses or conditions. Stem Cells are able to transform into other human cells in the body, the purpose of cellular therapy is to repair damaged tissue, restore organs vascularity, improve organs function and to stop the progress of the illness.

This type of therapy has become more relevant due to the high success rate that studies have shown, so relevant that even celebrities have hopped in the Stem Cell Therapy train and have shared their journey and results with their fans. Here is a list of celebrities and their success story:

In Progencell we are specialists in a variety of treatments such as stem cell treatment for diabetes in Tijuana and Mexico, so, feel free to check them out.