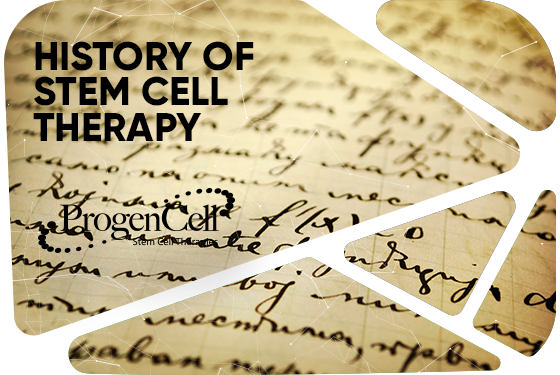 Stem Cell Therapy is a treatment or therapeutic approach where stem cells are used with the goal of regenerating other damaged cells in human tissue. The scientific research and medical use of stem cells has a long story of more than a century, since the term stem cells was coined by german scientists in the late 19th century. To better understand the story and the years of research behind stem cell therapy we have compiled a historic timeline with some of the most important milestones in the field of stem cell therapy and regenerative medicine:

1958 The first therapy using stem cells was a bone marrow transplant performed by French oncologist Georges Mathé on five workers at the Vinča Nuclear Institute in Yugoslavia who had been affected by a criticality accident. The workers all survived.

1963 Ernest McCulloch and James Till at the University of Toronto, demonstrated the existence of stem cells.

1981 Embryonic stem (ES) cells were first isolated and successfully cultured using mouse blastocysts by British biologists Martin Evans and Matthew Kaufman. This allowed the formation of murine genetic models, a system in which the genes of mice are deleted or altered in order to study their function in pathology.

1998 Embryonic stem cells were first isolated by American biologist James Thomson, which made it possible to have new transplantation methods or various cell types for testing new treatments.

2005 Scientists at Kingston University in England were purported to have found another category of stem cells. These were named cord blood embryonic-like stem cells, which originated in umbilical cord blood.

2007 Researchers led by Dr. Anthony Atala claimed that a new type of stem cell had been isolated in amniotic fluid.

“On the Origin of the Term “Stem Cell””. Cell Stem Cell.

About the Author : luis mendoza

8 Must-watch Documentaries if you are Considering Stem Cell Therapy and Regenerative Medicine Dec 04, 2020