At ProgenCell, we use adult stem cells that come from the patients themselves to treat countless conditions and diseases. Our clinic is located in Tijuana, Mexico, which borders the United States, and is only a few minutes away from San Diego, CA. Our clinic has received numerous awards from the International Board of Medicine and Surgery and we see patients from all over the world.

Our Clinic
Our clinic has been certified by the COFEPRIS, which is Mexico’s regulatory health organization and performs the same functions as the FDA in the United States.

We have received countless testimonials from very satisfied patients, and if you’re traveling to Mexico from the U.S. to receive treatments, we will provide you with a personal assistant who will translate from Spanish to English, give you medical passes that you can use to cross the border swiftly, transport you to and from the airport and help you find our office and your hotel in Tijuana. 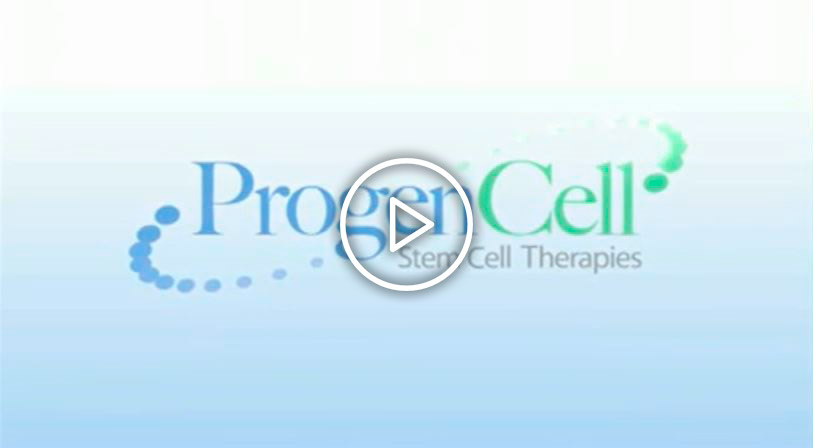 Additionally, if you have any questions or need immediate assistance, call our office at 1-888-443-6235.
At ProgenCell we specialize in the treatment of different conditions including the following:

Stem Cell Therapy for Rheumatoid Arthritis
This autoimmune disease causes inflammation in the body’s tissues and organs. The condition can be present for more than five years before the patient recognizes any symptoms, and usually, rheumatoid arthritis affects the joints first. Stem cell therapy may help this condition.
Over time, this type of arthritis can disfigure the joints and prevent them from functioning properly.

By injecting stem cells into areas of the body that have been damaged by the condition, the healthy cells will regenerate the old, weakened tissues, and as the new cells divide, their positive effects will increase.

The immune system of an individual with systemic lupus will attack the person’s own cells, and usually, the disease primarily affects the heart, the lungs and the kidneys.

Physicians treat the condition by prescribing medications that suppress the activity of the immune system. Stem cell therapy may help this condition.

This condition causes chronic pain in numerous parts of the body, and in addition, patients who have fibromyalgia report that they feel fatigued, have stiff joints, feel numbness and tingling and have trouble swallowing.

According to various studies, the causes of fibromyalgia can be neurological, psychological and environmental, and practitioners usually prescribe medications that increase the patient’s levels of serotonin and gamma-aminobutyric acid to treat the condition. Stem cell therapy may help this condition.

Asthma is a condition that causes chronic inflammation of the airways. The disease’s symptoms include shortness of breath and wheezing, and in addition to inhalers, researchers have recently developed two drugs that provide long-term relief.

Although stem cells won’t cure asthma, they can substantially strengthen the tissues of the airways and reduce the effects of the inflammation.

Diabetes is a condition that is caused by a lack of production of insulin by the pancreas or by cells that are resistant to insulin.

One of the disease’s complications is diabetic ketoacidosis, which must be treated immediately and can be life-threatening. Other, long-term effects of the condition include rashes on the skin, the weakening of the blood vessels and a feeling of numbness or tingling in the feet.

The immune system of a person who has multiple sclerosis sporadically attacks the insulation of the cells that are in the brain and the spinal cord.

The symptoms of the disease are only evident when a flare-up occurs. A lack of vitamin D, stress or an infection by the influenza virus can trigger an attack.

This is a degenerative disease of the nervous system, and the primary symptoms of Parkinson’s disease are caused by the death of cells in the midbrain.

Early signs of the condition include the trembling of the hands and the fingers, the shaking of the legs and particularly slow movements.

The condition was officially discovered and classified by James Parkinson in 1817; however, an effective treatment for the disease wasn’t developed until the 1960s.

Injecting healthy stem cells into parts of the body that are affected by the symptoms can exponentially improve the condition of the nerves that the condition has begun to degrade, but the patient must receive injections on a biweekly basis or once per month.

This disease is usually inherited, and if left untreated, the condition’s symptoms include blurry vision or blindness.

Over time, the tissue in the eyes of an individual with retinitis pigmentosa will degenerate, and usually, the cones that are within the retina begin to deteriorate first.

Our professionals will inject stem cells that are already developed and are programmed to become photoreceptor cells. The treatment must be administered once per month.

Additionally, several studies have indicated that a daily dosage of 15,000 international units of retinyl palmitate can substantially slow the progression of the disease.

The symptoms of acute renal failure are weight loss, increased levels of creatinine in the blood, feeling fatigued and low blood pressure.

Long-term kidney failure can cause the patient to have trouble falling asleep, darken the individual’s skin and reduce the person’s appetite.